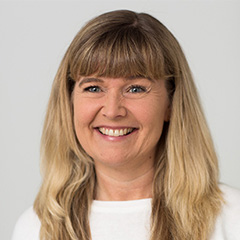 The positive results from the clinical study on the probiotic Probi FerroSorb® concept has just been published. Probi® has previously shown increased iron absorption with Probi FerroSorb in repeated studies, but this study also shows an improved iron status. This is good news for pregnant women struggling with low iron stores.

Iron deficiency is the most common micronutrient deficiency and a global health problem. It is a very common challenge for women of childbearing age in general and especially for pregnant women. To avoid this, many women start taking food supplements when they become pregnant. However, conventional high dose iron supplements often cause side effects like stomach pain and constipation. Probiotics could offer a new and innovative approach for keeping iron levels in balance during pregnancy, without any side effects.

This randomized, double-blind, placebo-controlled trial included 326 healthy, pregnant women and the concept Probi FerroSorb, containing the probiotic strain Lactiplantibacillus plantarum 299v (LP299V®) was used. The result showed that the women consuming Probi FerroSorb experienced a significantly lower decrease in serum ferritin, hemoglobin, and other markers of iron status during pregnancy, compared to the women in the placebo group. There was also a significantly smaller prevalence of iron deficiency and iron deficiency anemia at week 35 in the Probi FerroSorb group vs placebo.

Even eight weeks after giving birth the women who had consumed Probi FerroSorb throughout their pregnancy had a significantly higher ferritin level than women in the placebo group. This improved iron status after delivery may prove beneficial for maternal postpartum recovery as well as for future pregnancies.

Iron is a vital element for human health, which must be ingested through our diet and then absorbed by the gastrointestinal...

Iron deficiency is the most common nutritional challenge in the world, in developed and developing countries alike. According to...

Probi® has spent more than thirty years investigating the safety and efficacy of our probiotic strains. We conduct...