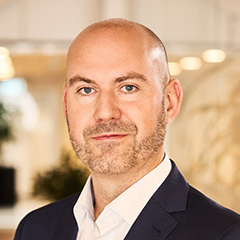 Probi’s supreme decision-making body is the General Meeting of shareholders, where all shareholders have the right to participate, have a specified item on the agenda and vote for all of their shares. The Annual General Meeting (the “AGM”), which is held during the first half-year after the end of each financial year, elects the board of directors and the company’s auditor, which are proposed by a nomination committee elected by the AGM. The AGM also resolves on distribution of profits, approval of the annual report, remuneration to the board of directors and the auditor, where applicable, guidelines for remuneration to senior executives, as well as other important matters.

The competence and tasks of the AGM are primarily based on the Swedish Companies Act and the articles of association adopted by the General Meeting. Notice of General Meetings shall be published in the Swedish Official Gazette (Sw. Post- och Inrikes Tidningar) and on the company’s website. Simultaneously, an announcement with information that the notice has been issued shall be published in Dagens Industri. The company shall publish the time and place for the AGM at the latest in connection with the interim report for the third quarter. Notice of the AGM shall be made at the earliest six weeks before and no later than four weeks before the AGM.